[otw_shortcode_content_toggle title=”Meet John E. Phillips – The Lawyer ” opened=”closed”]John E. Phillips has been practicing law for over 30 years and has developed a good spectrum of legal experience. This ranges from being in-house counsel for a large natural gas company; to working in private practice as a courtroom lawyer. His practice has been mainly litigation work in Divorce and Family law, Immigration appeals and Criminal law, both as defense council and as Crown Prosecutor. John has been involved in all types of cases and levels of court including first degree murder jury trials.

John E. Phillips has been trained in interest based conflict resolution and was a Registered Collaborative Family Lawyer. His practice involved many diverse ethnic and religious groups; Vietnamese, Sikhs and other East Asian people, Aboriginal Canadians and Muslims from many different countries. John E Phillips has worked as a consultant for the Congress of Aboriginal Peoples and the Metis Nation of Alberta. He served as a Senior Advisor, Metis Relations for the Province of Alberta.

John E. Phillips served two terms as Chair of the Law Enforcement Review Board for the Province of Alberta; a civilian oversight body concerning police discipline of municipal police in Alberta. During this time John was twice elected as the National President of the Canadian Association for Civilian Oversight of Law Enforcement; the national body for all provincial and federal organizations responsible for work of this nature in Canada.

John E. Phillips has been very active in community work. John recently completed over seven years as Aboriginal Co-Chair for Calgary and Area Child and Family Services Authority; a region under Alberta Human Services. The region had an annual budget of approximately $300 million, over 500 staff in 17 worksites dealing with 80 service agencies. John was Vice-Chair of the Provincial Aboriginal Advisory Committee; which was comprised of the Aboriginal Co-Chairs for the ten Regions throughout the province.

John E. Phillips has recently rejoined the Board of Directors for the Metis Calgary Family Services, which provides family support and early learning that serve many urban Aboriginal people in Calgary. John was previously on this Board for over seven years and was involved in setting up their Rainbow Lodge project; a transitional housing program for homeless Aboriginal families.

John E. Phillips was born in polar bear country in Churchill, Manitoba and is active in life. He is a member of Mensa Canada and has participated in sports such as skiing, baseball, volleyball, marathon runs, scuba and sky-diving. He played football in high school and university. John lived in England and Germany as a child and has travelled extensively throughout the world; from Vietnam to Moscow, the Mid-East, Europe, North and South America, Asia, throughout Africa, Iceland, Japan and Australia. John speaks some French and has done language courses in German, Russian, Spanish and Japanese. John recently climbed Kilimanjaro, followed by a four week safari through Eastern and South Africa where he swam with wild dolphins, bungee jumped off a bridge and flew an ultra-light aircraft over Victoria Falls.

Other Positions Held In The Past:

Past Chair of the Law Enforcement Review Board of Alberta

Past Consultant for Metis Nation and Congress of Aboriginal People 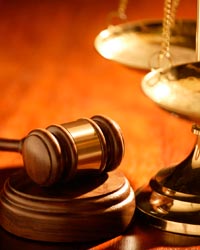 John brings a unique level of experience and knowledge to the practice of law which benefits his clients to receive the best outcome in their legal matters. With a strong appreciation of the big picture while maintaining an eye to detail he never looses sight of the ultimate goal of winning your case. He adopts strong interpersonal and communication skills, both verbal and written which allows him to interact and motivate people from all walks of life, levels of society and different cultures. John has an extensive reputation of being fair, consistent, and committed to each and every case he endeavors. If you are looking for a lawyer that is passionate about fighting for your legal rights, hire John. He is ready to take up your cause.